In a December 2016 post I discussed the likelihood of Italy falling back into chaotic political instability, capital flights, rising bond spreads and bank runs (TROIKA scenario). I argued that much would depend how the Gentiloni government would manage the hot potato of the new electoral rules, the troika scenario being more likely if  a proportional system would be chosen.  My initial estimate of the  troika probability was quite high, above 50 percent. In a second post  in Febrary 2017 I argued that the Constitutional Referendum and the ensuing split of the Democratic Party would further boost the Troika scenario (to 63% in my estimate) since the interests of the main parties aligned together in favour of  proportional representation.

Today we can update our probabilistic scenario. I keep the same model  and the same initial  estimates of the probabilities of the “business as usual” vs “troika” outcomes that may follow a M5S-led government or a “grand coalition” between  Renzi and Berlusconi. The “casino” outcomes refers to a scenario of paralysis (see my first post for the details). Given that an agreement between the three main parties M5S, PD and Berlusconi seems almost done, we can set to zero the “no agreement” probability, and give a large weight (95 percent) to the “pure proportional” outcome.

As a result of these changes the Troika scenario reaches about 68 per cent probability, and the alternative Business as Usual scenario  (BAU) falls to 22 percent. These numbers reflects the fact that any future governments will be weak as it will not command a majority in Parliament. As a consequence the next  government will be either unable (Renzi-Berlusconi) or unwilling+unable (Grillo-Salvini, mimicking Tsipras-Nationalists) to implement the tax hikes (safe clause) already accounted for in the budget. An EU Infringement procedure and sky-rocketing spreads become the most likely scenario, and it is not clear that once again the BCE Cavalry will come to rescue. 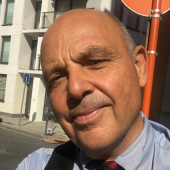