Italy: Time Is (Not) On Our Side 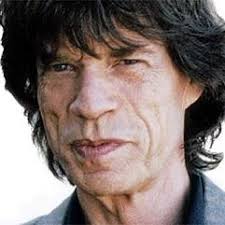 Imagine that you lent some money to an hypothetical country, let’s call it I + – + y (with no loss of generality), whose vulnerabilities have long been known:

Also imagine that within a few days the following events happen:

Now ask yourself: would you keep rolling over this country’s bonds when they come up for redemption?
Presumably not , and note that your answer is independent from an important aggravating circumstance: I + – + y is a member of a sub-optimal currency area  (SCA) (1)Therefore, SCA-bonds or not, I + – + y can neither devalue/inflate its way out of its troubles, as it did many times in the past, nor disentangle his fate from that of other SCA members, three of whom, by the way, are already insolvent. This column makes three points. First, we argue that Italy (yes, you guessed) is not yet doomed; second, that its troubles are largely home-made. Third, that time may be running out before the home-made pasticcio , say a burned lasagna, turns into a disaster, a burned house.
1. Is Italy a lost bet?
In a recent article on Vox (2) we looked at the Euro- wide component of CDS 5 year spreads , and argued that the evidence indicates that markets are increasingly discriminating between safer and riskier European borrowers. Using the same methodology, Figure 1 answers the following question: how much do Italy, Greece and Germany still contribute to the overall Euro spreads? The figure shows the Italian, Greek and German “factor loadings” in the Euro-wide (principal) component of daily CDS spreads, from June 14, 2006 to July 13, 2011.

These numbers measure the three countries’ contribution to the Euro common risk. If a the Euro-component moves in line to with one country’s spread, the country’s coefficient equals one, while if the country and the Euro spreads become orthogonal, the country’s coefficient falls to zero. This is exactly what has happens Greece during the past two months, whose spread is currently negatively correlated with the Euro-zone, but not to Italy (nor Germany). This suggests that Italy still “anchored” in the Euro-zone: both for the good , is it not “lost” yet, and for the bad , it may still affect spreads in the rest of the Euro-zone .

2. Is The European Crisis to Blame for Italian Troubles?
The second important piece of evidence comes from Figure 2. This answers the question: how important is the Euro-dimension in explaining Italy’s CDS premia ? The Figure shows the percentage of Italy’s variance of CDS spread that can be attributed to the EU-wide component.

It shows that in the past two and a half years, with a reversion recently, the share attributable to the Euro- component has become less and less important, falling from 98% to 40% in April 2011, and bouncing back since then to about 60% .This means that Italy is increasingly being judged for its own merits. Blaming speculation against and contagion from Europe is not only pathetic, it is wrong.

3. How much time is left?
Figure 3 answers the following question: what is the perceived risk of Italian sovereign debt at different time horizons? Borrowing from our on-going research (3) we have first calculated the “hazard rates” of default that are implicit in the CDS spreads quoted every day for different contracts’ maturities. The sample here is from 21 December 2007 to 13 July 2011. The hazard rate for maturity t=1..10 is the probability that, say , today the market assigns to a default occurring t years from now , conditional on not having occurred before. At each point in time these hazard rates for 10 maturities have been regressed on a time dummy t=1..10 . A positive/negative coefficient indicates that, in that particular day, the markets assign a probability of default that is increasing/decreasing in time: the slope of the” term structure” of default probabilities is positive/negative (4). We have repeated these calculations for every day in the sample.

The slope coefficients are plotted in Fig 3. Note that “trouble” is typically associated with a negative coefficient, indicating the markets perceives that risks are concentrated at the shortest horizon, one year. The Figure shows bad news: in the last couple weeks the slope has turned negative, signaling that market participants now view the highest risks in the short term.
Conclusion. The verdict on Italy has not come yet, but the jury is out and perceives that risks are concentrated in the very short run . Mr. Berlusconi and Mr. Tremonti should take note: either they can slash the budget deficit now, or , if they cannot, they should go.

(4) Each individual coefficient is bases on a simple regression with 10 observations, the maturities available daily for CDS contracts . The calculations on hazard rates assume a 40 percent haircut in case of default.