The EU Fiscal Framework: The Proof of the Pudding 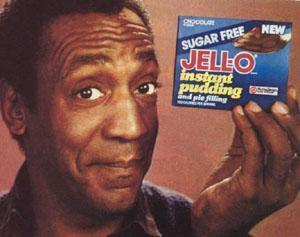 I have been invited to participate to a round table organized by Bruegel , the Brussels based think-tank, assessing the Fiscal framework in the Eurozone in the present crisis (the complete program is here). In brief, I made the following four points (slides are here).

1) Since 2009 there was an unprecedented fiscal consolidation in the EUZ, where the average cyclically adjusted balance improved from -5.4 to -1.1of GDP in 5 years (red line in Fig 1).
Yet the aggregate net debt position of the EUZ deteriorated sharply, with the average net debt ratio climbing from 40 to 60 percent of GDP (green line), the economy plunging in a double (possibly triple) dip recession (purple line), and inflation (blue) converging to zero.
2) A country-by country disaggregated view makes the picture look even dimmer. On the one hand, the budgetary positions have converged between EUZ countries. In Figure 2, a country is represented by a point. On the x-axis I plot the cyclically adjusted budget balance as a percentage of potential outut in 2008; on the vertical axis is the change in the budget ratio in the following years. The fact the dots lie on a negatively sloped line means that countries that in 2008 had a lager deficit position (on the left) were those who improved more their budgets. Note, however, that (almost) all the dots (countries) have positive y-coordinate: everybody tightened during 2008-14.
Possibly as a result, EUZ members diverged in terms of Debts (the higher the starting point, the larger the rise during the crisis), Growth and Inflation. Hence, not only macro indicators worsened in the aggregate, but the dispersion /asymmetry of the EUZ rose substantially, with looming problems for the Euro survival.
3) Since the Proof of the Pudding (the fiscal framework) is in the Eating (the economic outcomes), consider the following thought experiment. Forget for the moment the intricacies of the Stability and Growth Pact, the Fiscal Compact, the 2 and 6 Pact, the Medium Term Objective, the Preventive and Corrective arms, the Output Gap, the Cyclically Adjusted (Structural) Balance, the Non Accellerating Wage Rate, the Tax bases’s output elasticities and similar EU paraphernalia. What is the fiscal policy rule that is generated by this complex and opaque set of overlapping constraints? For a panel of 18 EUZ countries I have regressed the change in the Cyclically adjusted primary balance (dpbOECD) as a ratio of potential output, on the Net Debt ratio (ldebt ), the previous year primary balance, the past GDP growth rate (GROWTH). The model includes time and country fixed effects. Here are the results (Table 1).

4) Last but not least, I have argued that the opaqueness of the current framework is restricting the debate on EUZ fiscal policy to a technocratic élite and away from the public. This is bad for EU legimacy.

Eurozone crisis: It ain’t over yet